The Box: May Comics 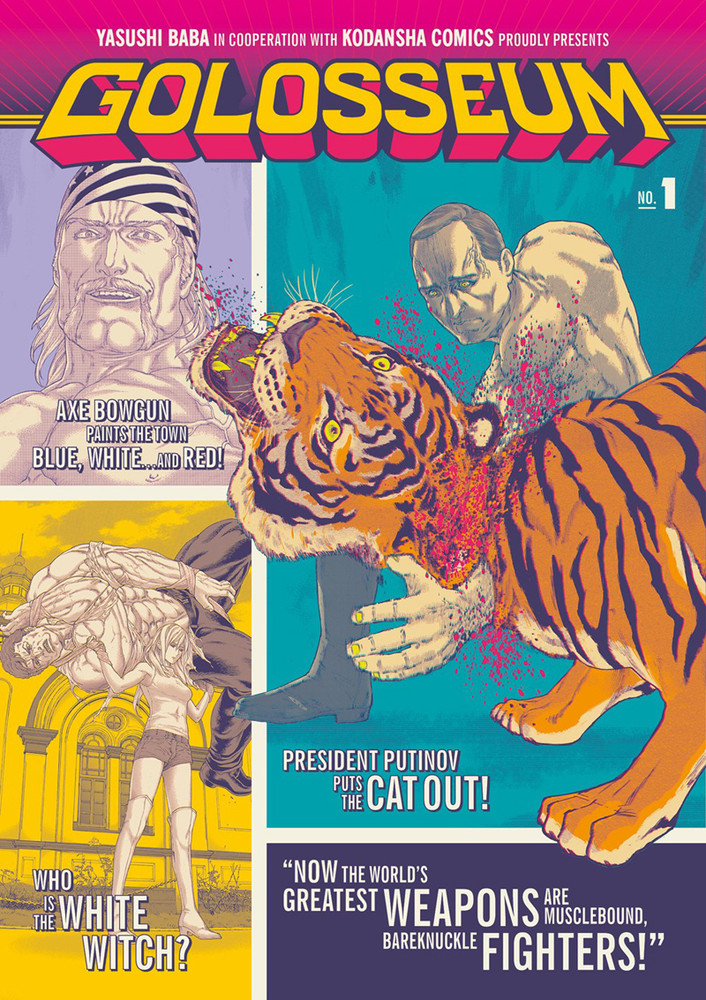 I get comics through a subscription service and so I got 4 weeks of comics this past Wednesday. This is whats up.

Batman: White Knight #8-The final to writer/artist Sean Murphy’s excellent mini. The story based on a “reformed” Jack Napier aka the Joker, looking to fix Gotham as well as the fall from grace of Batman. It started out hot, cooled down. Still really good, okay it’s pretty great, but I definitely think it lost steam. If you like Batman and Joker (and Harley) check out the trade in September(?).

Deathstroke #31-It’s Deathstroke vs Batman. Writer Christopher Priest continue his run on Deathstroke and while the last arc was mostly hit and miss with me, he’s still got Deathstroke kicking all sorts of ass with lots of twists and turns. While the book isn’t quite classic superhero (or anti-hero) the artwork definitely is from the talented art team.

Detective Comics #980 and 981-I actually skipped the other Batman books during Rebirth cause I dug the team premise. Kind of a mistake because Batman is amazing. But this book is still good and its James Tynion’s wrap up to the his entire run. A run that I generally give a thumbs up to. I loved that this one acknowledged Cassandra Cain and Stephanie Brown’s retconned lives. I loved both as Batgirl when they had the cape and cowl. I still don’t care about Tim Drake or Kate Kane. I don’t think I ever will. The artwork through out the run is sometimes great, sometimes “meh” and a lot of times solid. But if you read superhero comics set within current cannon/shared universe you get use to a lack of artistic consistency.

Domino #2-Gail Simone, David Baldeon and companies second issue is fun. That’s all I got.

Doom Patrol #11-I’m actually surprised we’re at #11 with how this book comes out. Anyway we confront Retcon. Get his back story. Lots of craziness happens. It’s Doom Patrol, if its not crazy who cares? A good book but middle of the stack type.

Golosseum volume 1-What? Yasushi Baba’s manga about a future with a device called “Peacemakers” making their wearers immune to weapons. It’s a big martial arts melee. Putin is the bad guy and Rasputin is still alive, leading two warriors against his men. The US, China and Japan got their goals to. Oh, and Hulk Hogan guy is out here kinda being racist like real Hulk Hogan. I don’t know, I can’t be mad at the badly written black characters beating up the LAPD really. Like NWA said, FUCK THE POLICE. But Hogan (aka Axe Bowgun, a play on Hogan’s Japanese wrestling finish, Axe Bomber) had to save LA from the gangs. That’s a spoiler but not spoiling much of the important stuff going on. I liked it quite a bit. Hopefully volume 2 is just as good, or better.

Mother Panic: Gotham AD #3-I dug the first run of this series even when my favorite artists were not providing art. I did not care for Shawn Crystal’s work on some of those issues. Anyway, this book jumps to an alternate reality since the recent Young Animals/DC Proper crossover. It’s okay. The back up entitled Rots and Leaves by Motehr Panic writer Jody Houser and art by Paulina Ganucheu however is amazing. Beautiful art and fills in a piece of the current series plot but could be its own thing. Its a tragic story with the Gotham City Sirens but ultimately focused on Harley and Ivy. Harley/Ivy fans should seek this out. But you might cry.

Runaways #9-A Doombot Dr. Doom drops by. Julie Power is struggling with her relationship with Karolina Dean. Then there’s the central story of Molly and her friend who is eternally 13. Lots of teen drama, great art, reminder that the Hulu show sucks.

The Terrifics #4-Artist Doc Shaner draws this one, and its the best looking issue. This DC styled Fantastic Four has been a pretty good throwback superhero comic book. It’s like good pop, fun but disposable. I’ll probably forget about it until the next issue comes out. Like most superhero comics but at least this one will make me smile.

The Wild Storm #13-The slow burn resurrection of Wildstorm continues. I guess. Is it the resurrection? Focused on John Lynch and the guy would be best known as Backlash. I think, I’m not too familiar with Wildstorm comics outside WildCATs and Gen 13 and I barely remember what happened there. For me the interesting thing is the three warring factions. IO, Skywatch (I think thats their name) and Philip Marlowe. This is high science fiction espionage. Very cool book.

My subscription service ships every fourth week so I didn’t get three great Image books, so that will be in next months package. I dropped Green Arrow. Got a few FCBD comics I probably won’t read. Also got Port of Earth and Isola. I put those into a stack with the other issues. I’ll read them later.